A couple weeks ago, I got the chance to visit a 100% organic vegetable garden that my mom’s friends own.  They turned their backyard in to a lush garden full of veggies! In fact, they couldn’t give away their fruits and veggies fast enough (which is great, because I get to get in on some of it!)  Anyway, super inspiring – I would love to try this some day when I have time. 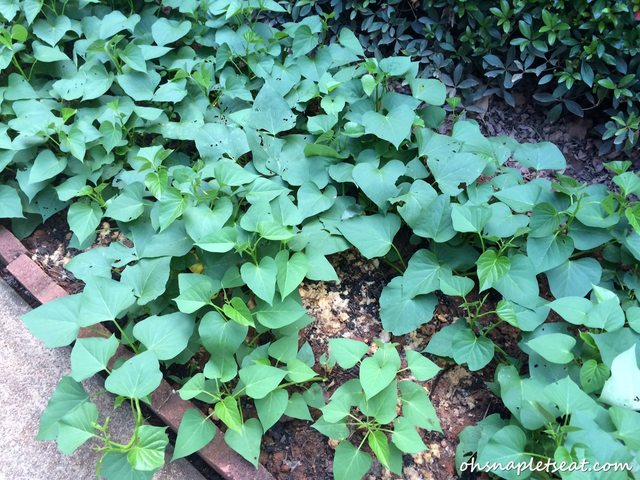 Have you ever had these before?  These are sweet potato greens!  When I was little, my grandpa refused to eat them because back in the old days, sweet potato greens were fed to pigs in the farms.  Nowadays, however, it is commonly eaten in Chinese cuisine because it’s both tasty and also nutritious!  Here’s an interesting recipe I found for it. 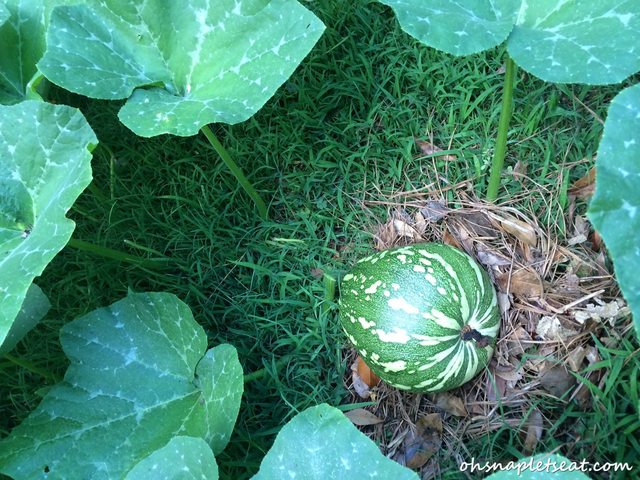 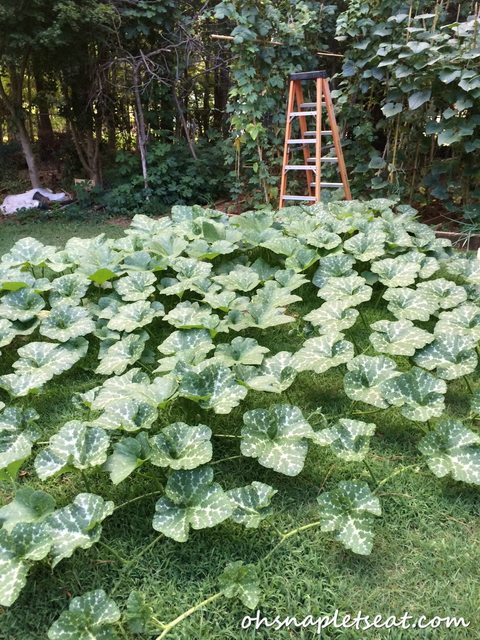 The Chinese owners of this garden told me what this was, and I THINK I recall them saying it was pumpkin.  However, upon examining my photos they didn’t look like the orange kind I am familiar with during Halloween.  So I did some research and I believe they are Japanese pumpkins!  (If you know exactly what they are 100%, let me know!) Anyway, after that research – I researched for yummy Japanese pumpkin recipes… like this one from Nom Nom Paleo! 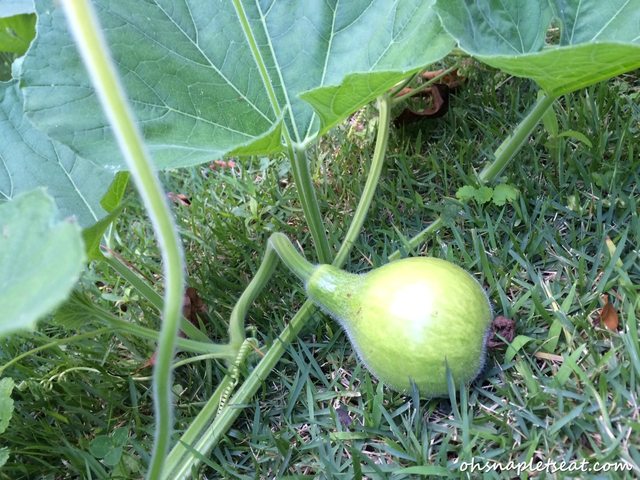 I spy a Gourd! 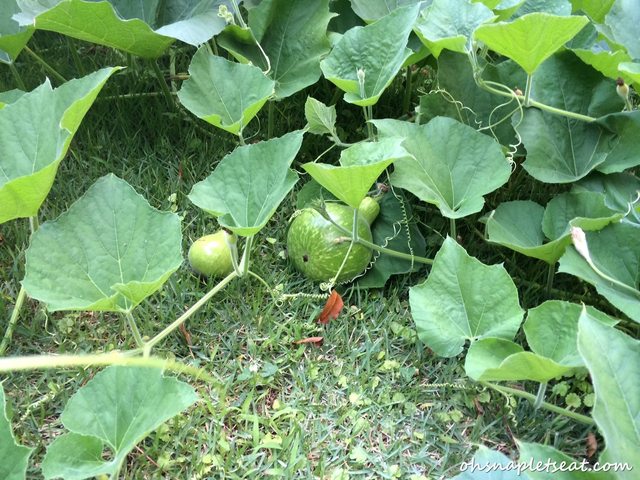 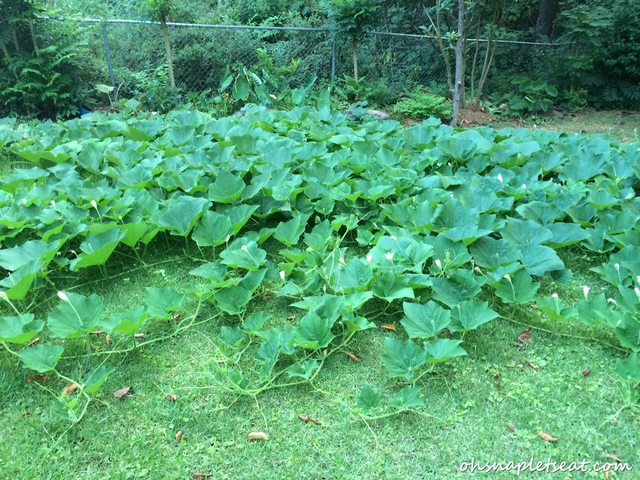 A patch of Gourd! 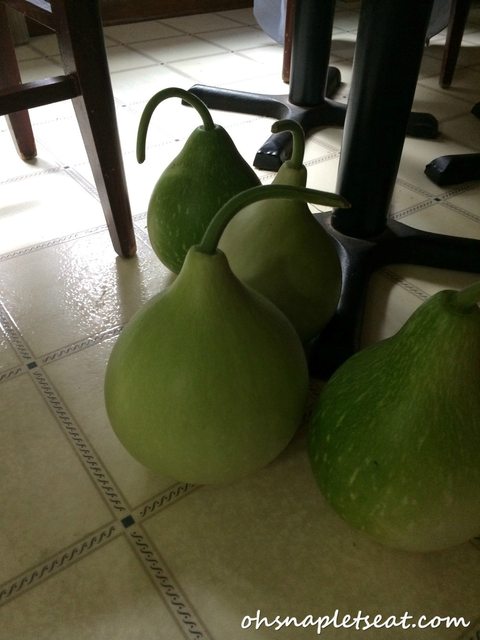 So many gourds!  This was one of the vegetables (or really a ‘fruit’ scientifically) that the owner couldn’t give away fast enough.  These gourds were growing so fast and they grew so big.  Check out the ripe ones we picked from the garden.  They are humongous! 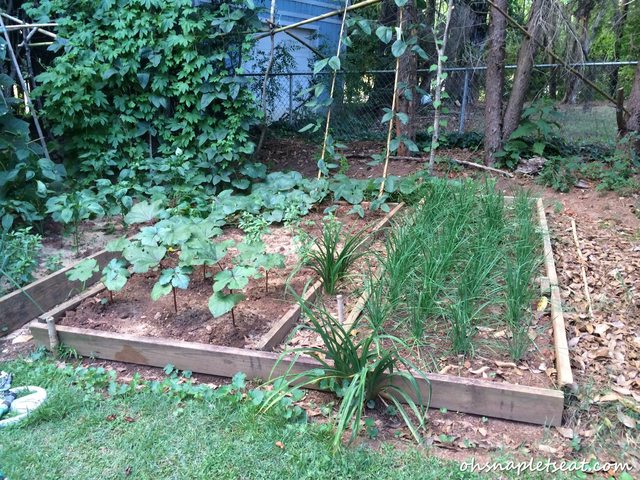 There were also a couple of raised beds.  In this particular raised bed, there are okras on the left, and Chinese Chives on the right.  Many of you may not be as familiar with Chinese Chives, but it is a common veggies used in Chinese cooking.  Here’s an easy (and popular) recipe if you are interested in trying it out:  Fried Eggs with Chinese Chives. 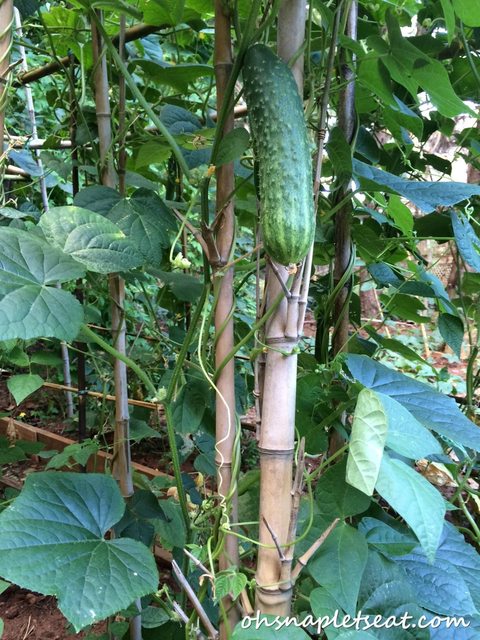 It’s cucumber season!  Here’s a cucumber that’s not yet been picked.  Here’s how to grow cucumbers yourself!  These are perfect for making my Chinese Shredded Chicken and Cucumber Salad (aka 雞絲拌黃瓜絲)! 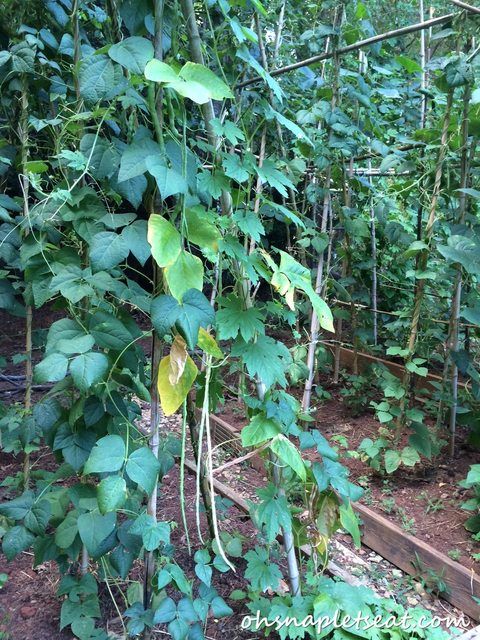 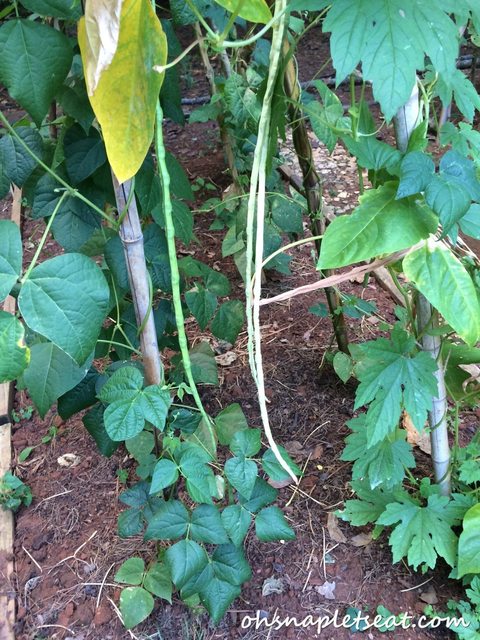 Right by the cucumbers, there were also these Chinese Long Beans.  I’ve had these plenty of times in the past but had no idea this is how they grow!  Anyway, if you’re looking to try some Chinese Long Beans – here’s a recipe I found that sounds yummers:  Sichuan Dry-Fried Green Beans. 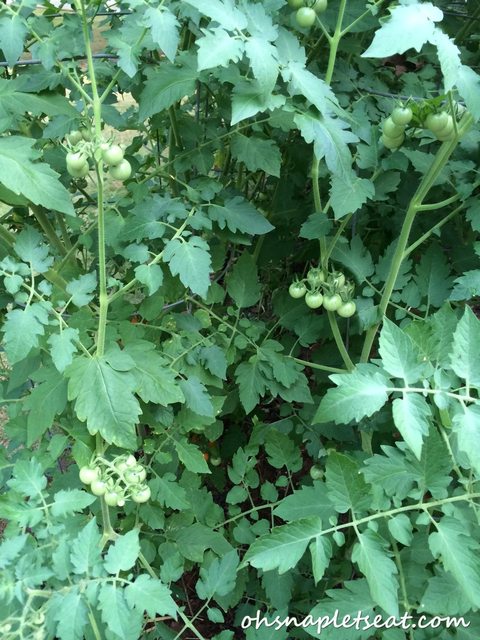 Tomatoes – no ready to shove in face yet 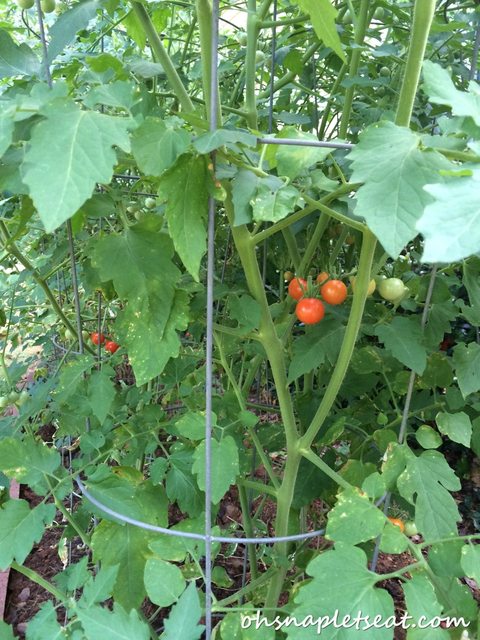 Last but not least – my favorite vegetable (technically a fruit…):  Tomatoes!  Some of the tomatoes were just perfectly ripe so I couldn’t help myself – I picked one off and tried it.  It was ridiculously sweet and yummy! 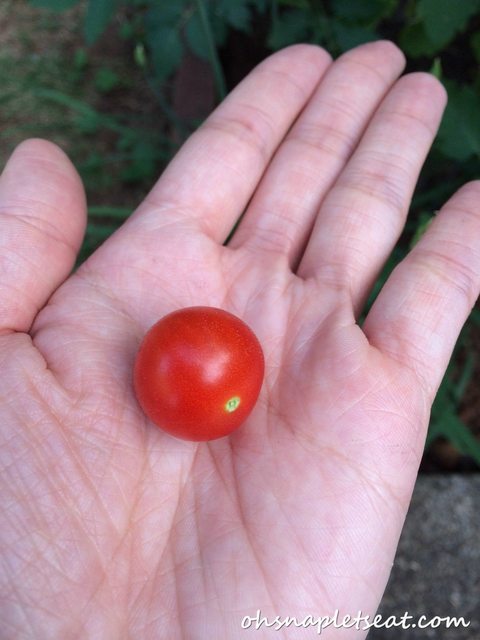 Yummy tomato I shoved in face

I need to know when to eat this pumpkin! A Chinese chef at restaurant gifted me some seeds and I don’t remember how to cook them or when :( do they need to ripen for a few months????

Hi there! I'm not sure about planting the seeds, but perhaps this article will help: https://www.ehow.com/how_8171759_grow-japanese-pumpkins.html , as for cooking them, you can cook it in soup, or roast them, and there's lots of ways - here's two for example - Simmer: https://www.justonecookbook.com/simmered-kabocha-squash/ , Roast: https://nomnompaleo.com/post/11136213353/roasted-kabocha-squash I hope you enjoy some delicious pumpkin!!!

Chloe @ How We Flourish

Cool! I've never heard of a lot of these vegetables. I really need to get out and try some!

Wow, this is so beautiful. Thanks for posting this.