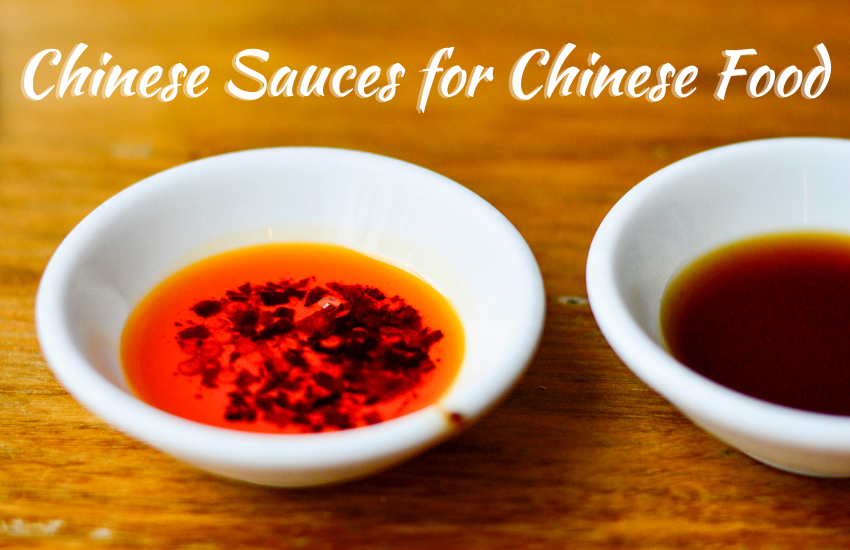 One of the reasons Chinese food tastes so good is because of all the various sauces, oils, and spices we use. It might seem kind of complicated, but really it boils down to some different types of Chinese Sauces and Spices to keep in your pantry!

You might be thinking – well duh, of course, soy sauce. But notice how I said soy sauces…. with an s, as in plural? That’s because there are different types of soy sauce! The main ones I use are: Light soy sauce, Dark soy sauce, and Thick soy sauce. If you’re gluten free, you may also be interested in Tamari.

Light soy sauce (aka 生抽, sheng chou) is the most common type used in Chinese cooking. It’s used to enhance the flavors! This kind of soy sauce is often used in stir fry sauces, marinades, dipping sauces and more.

If you’re not sure what kind of soy sauce you have, this is probably it. Also, if you ever see a recipe that says ‘soy sauce’ and doesn’t specify what kind, this is most likely it.

Thick soy sauce is also known as soy paste. It is sweeter and thicker than the light and dark soy sauce. Just a small amount adds a lot of flavor. This type of soy sauce is also good in stir fry and also for dipping due to it’s thick texture. I use it for my Three Cup Squid and Snow Peas Beef Stir Fry, as example.

On Amazon: Kimlan Soy Paste (the one I use)

If you do not have thick soy sauce aka soy paste, you can also sub by mixing soy sauce, brown sugar, cornstarch mixture.

Tamari is made as a byproduct of making miso. It has a rich color and flavor and is thicker than your standard soy sauce. Authentic tamari will contain very little to no wheat, making it suitable for gluten-free diets. However, always check your tamari to make sure it is 100% gluten free if you are on a gluten free diet.

As you may already know, sesame oil is made from sesame seeds. Like the soy sauce we were talking about, there are different types! The two that I normally keep in my pantry are light sesame oil and dark sesame oil.

Light sesame oil (or aka pure sesame oil) can be used as a cooking oil, similar to vegetable oil, except of course it gives off a delicious sesame flavor. This type of of sesame oil has a higher smoke point than dark sesame oil, so you can actually use it for deep frying.

Dark Sesame oil (aka black sesame oil) is actually made from toasted sesame. It has a lower smoke point so it is not recommended for deep frying, or cooking too long. It is best used cooking in lower heat. They’re also great for not cooking, and used as a condiment. For example, for making Asian salads!

Michiu is also known as Rice cooking wine. It contains about 20% alcohol, and is very popular in Taiwanese cooking. Many folks get this cooking wine confused with another cooking wine – Shaoxing. The difference is that Shaoxing is lower in alcohol and darker. Michiu is more dry and has a higher alcohol content.

Michiu is commonly used in stir fry, soup, braising, and more. It’s equivalent to adding wine to western dishes, but it also helps eliminate a ‘raw flavor’ of seafood and meat dishes too.

Chilli Bean Paste aka Dou Ban Jian 豆瓣酱, is a chunky sauce you can buy at the store that is spicy and savory. It’s traditionally made from fermented broad beans, chili peppers, soybeans, salt and flour. There are also different ones you can find, for example some will add spicy chili oil in it already.

Chili Bean Paste is often used in Sichuan food (ex: mapo tofu), which might explain why I love it because I love Sichuan food (and my grandma was from there!). I use it in my Twice Cooked Pork and Jalapeno Chicken.

Hoisin sauce is a thick and flavorful sauce often used to as a glaze for meat, in stir fries, or as dipping sauce. It’s color is dark and it is a little sweet and a little savory. Hoisin sauce is usually made with soybeans, fennel, red chili peppers, and garlic.

Oyster sauce is actually literally made by cooking oysters! It’s usually made from oyster extracts, sugar, salt and cornstarch. If you think that’s gross because you hate the taste of seafood, for some reason, the fishy seafood taste isn’t actually… noticeable. I legit grew up not realizing that oyster sauce even had seafood in it. The flavor of oyster sauce is sweet and savory.

I used to get Oyster sauce and Hoisin sauce mixed up all the time, but basically Hoisin sauce is mainly made with soybeans and Oyster sauce is actually made of oysters. In flavor, Hoisin is sweeter, and though oyster is a little sweet it is not as sweet as hoisin sauce.

By the way, if you can’t find yourself any oyster sauce, you can sub it by mixing soy sauce and hoisin sauce at a 1:1 ratio.

Sacha (aka Shacha) is a paste that is used more in the Fujian and Taiwanese areas. It’s made with soybean oil, garlic, shallots, chilis, brill fish, and dried shrimp. The taste is savory and a little spicy. I grew up eating it as dipping sauce for Hot Pot, but you can also use it as a base for soups, meat rub, and stir fries.

Bullhead Barbecue Sauce (Sacha Sauce) (we always get this brand)

When a Chinese recipe mentions vinegar, they usually mean Rice vinegar. Rice vinegar (aka Rice wine vinegar) is made from fermented rice. Other than cooking with, it can also be added to make sauces, dressings, and it’s also used in sushi rice.

I think this one is pretty self explanatory. Now, we actually make this one from scratch (here’s a super Easy Hot Chili Oil Recipe). However, it’s pretty easy to buy store bought too. There are so many different types you can buy that I am going to let you go ahead and try your own and pick your favorite!

For those of you that like spicy, this one is perfect. Depending on the one you buy it could be spicy vs. not that spicy – there’s literally thousands of varieties.

The most common one I use is Tianjin pepper, aka Chao Tian Jiao, which actually directly translate to facing the sky because they grow pointing upwards! Chao Tian Jiao are commonly used in Hunan and Sichuan cuisine, so for example, often used in Kung Pao Chicken!

Rock sugar is a less sweet than your normal white sugar. Which is one reason it is used in cooking, so that it doesn’t over power the taste of other things. It is also often added to hot beverages (such as chrysanthemum tea) to add another sweetness. I use rock sugar in my Three Cup Chicken!

Like pretty much all the other ingredients I mentioned in this thread, you can find it in your local Asian supermarket. But if you can’t find it, it is perfectly fine to use normal sugar as a substitute. 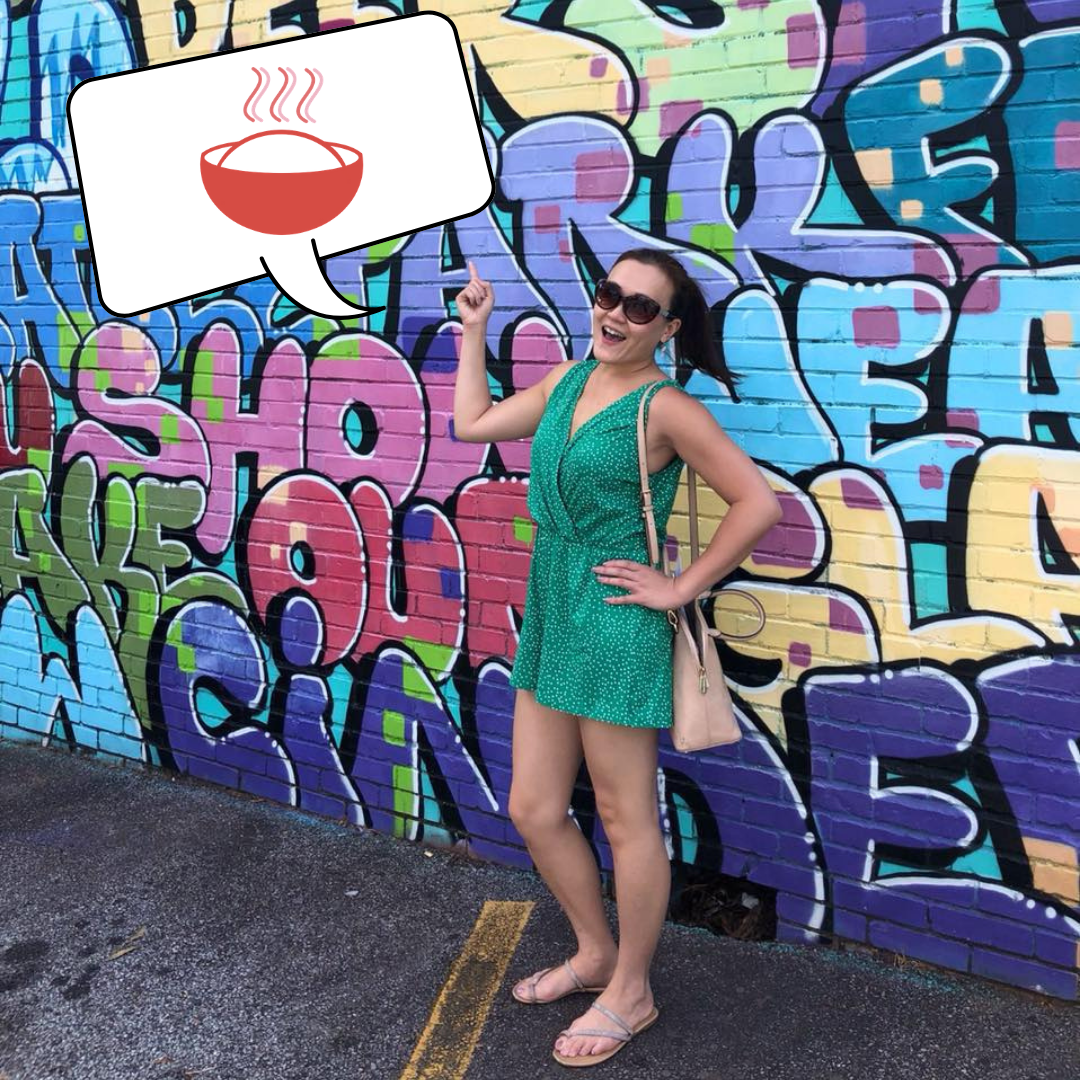