A lot of people tend to think that the Paleo diet and the Vegan diet are total opposites. But as it turns out, there are similarities!  And depending on how you eat either diets… they actually can be the same. 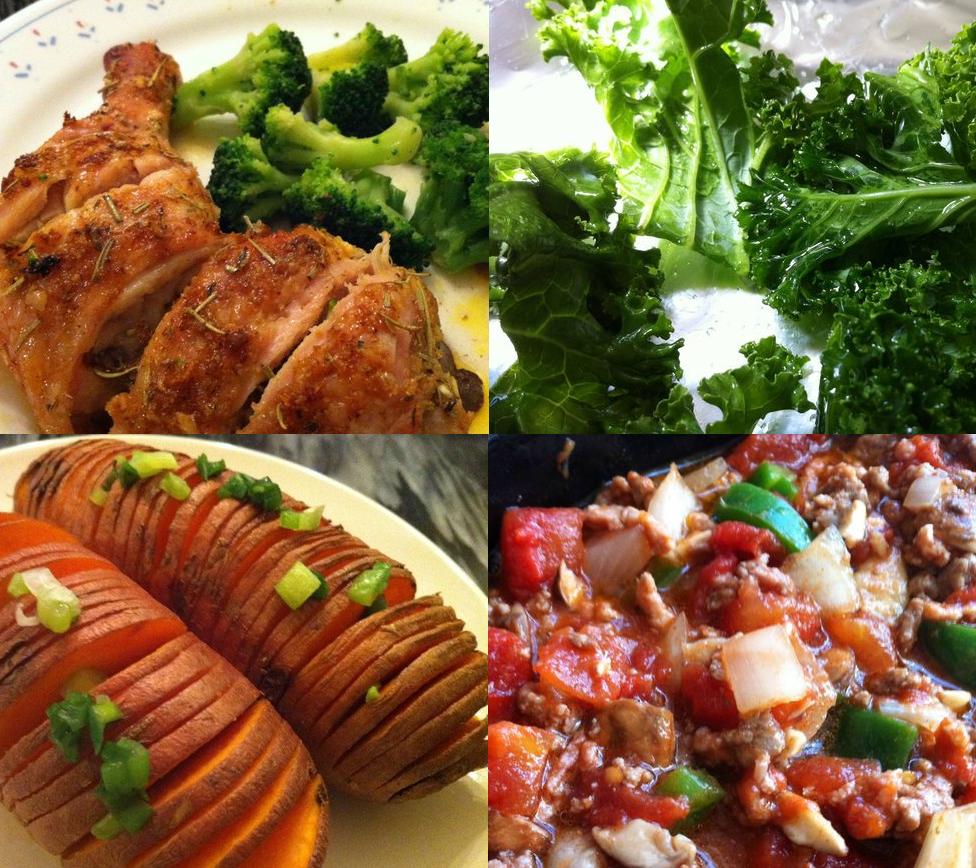 The general essence of the paleo diet is that our bodies haven’t changed super much from back in the old days when all we ate were meat, vegetables, nuts, and other non-processed foods.  But nowadays the general American diet consists of a lot of processed foods. Most paleo dieters (including me) love the diet for cutting out the processed foods and eating real whole foods. Basically, if you can’t even read the ingredients name… probably something to avoid on the paleo diet.

Here’s the gist of what to eat and to avoid on the Paleo diet:

The Vegan diet  is a type of vegetarian diet that not only excludes meat, but also any other animal-related foods (and some times not just foods).  There are several reasons why people may choose to be vegan.  It could be health, environmental, or ethical reasons (ex: animal rights).

Here’s the gist of what to eat and to avoid on the Vegan diet:

If you’re a visual person… here’s a beautiful Venn diagram I made (obviously I couldn’t include and exclude ALL the things you can/can’t eat on each diet and the similarities, but you catch my drift): 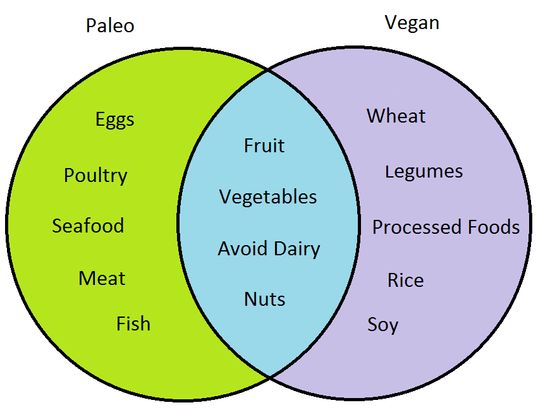 Why they hate each other

Why they shouldn’t hate each other

Not every paleo person only eats meat, and not every vegan person only eat processed foods.  Look at that blue area of my venn diagram!  There are vegetarian paleo dieters out there, and their diet can almost be considered vegan (depending on how you feel about some ingredients such as eggs and honey).  Their main focus is on veggies, and they avoid dairy.   And after some research, I discovered that a lot of vegan eaters try to avoid those processed foods (including those ‘processed vegan’ ones).  You could actually be 100% paleo and 100% vegan if you really wanted to.
So, at the end of the day, I think what is most important is that we are all trying to better ourselves with our diets, and that we come up with more awesome recipes that are paleo, vegan, or both (I have these!) to help each other eat better! Here are some delicious paleo vegan recipes to try!

I seriously considered going vegan, but my PCOS was hard to manage with the carbs, and my hypothyroidism doesn't tolerate the beans and soy that provide protein on a vegan diet. I also have migrating joint pain and muscle fatigue, so I was willing to consider getting rid of the grains to see if that would help the inflammation. So far so good. I'm exploring paleo and seeing how I feel. Mostly I'm just eating fewer carbs. I gained 40 lbs in 6 months cooking mainly out of a vegetarian cookbook and eating processed foods. My thyroid numbers were really bad and I had to adjust my medication 4 times in one year. Now I'm eating healthier, and I have lost 48 pounds since mid-May. Paleo makes sense, and I seemed to be leaning in that direction anyway. I feel pretty good.

Thanks for sharing your story, Dawn. I'm glad that you're eating healthier and feeling good. That's really my favorite part about eating paleo, the way I feel!