If this stuff was at food courts at the same price as Taiwan (like $8 US dollars) I would eat there ALL THE TIME.  There was hibachi right there in the food court!  (By the way, Interesting fact:  What we call “Hibachi” here is actually called Teppanyaki in Japanese, and Hibachi means something else.) 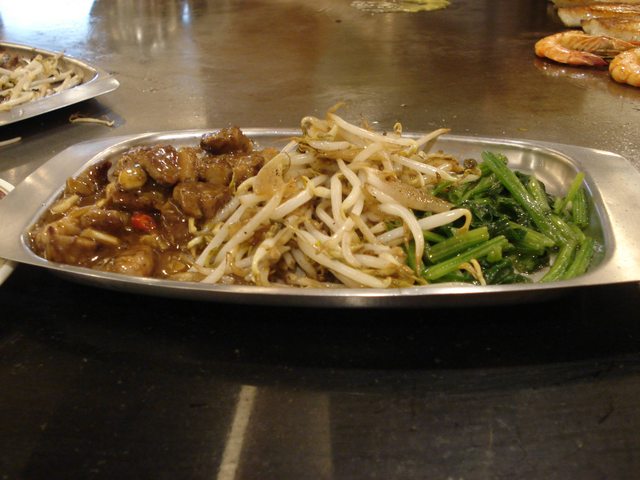 Unlike the ones here, they don’t do these crazy fun tricks at you like throwing a shrimp in your mouth or anything, rather than they just make sure they cook it deliciously right in front of you.  I was so hungry I wanted them to just cook, so I guess I got what I wanted!
There was a HUGE menu of all sorts of meat.  There was even Ostrich!  I almost ordered it, but then for some reason a lamb craving hit me and I chose to order some yummy lamb meat.  So what happens is you order the meat, and then it came with free drinks, various veggies, and soup.  The veggie included bean sprouts and Water Spinach (空心菜) which is my favorite vegetable ever.  Unfortunately, it is banned in Georgia, where I live. Can you believe that! 🙁
The one thing that I liked about it was that they put the food on a metal dish on top of the grill so it stays warm the entire time.  If it’s too hot for you, you can still scoop it out on your plate before inserting in to mouth. 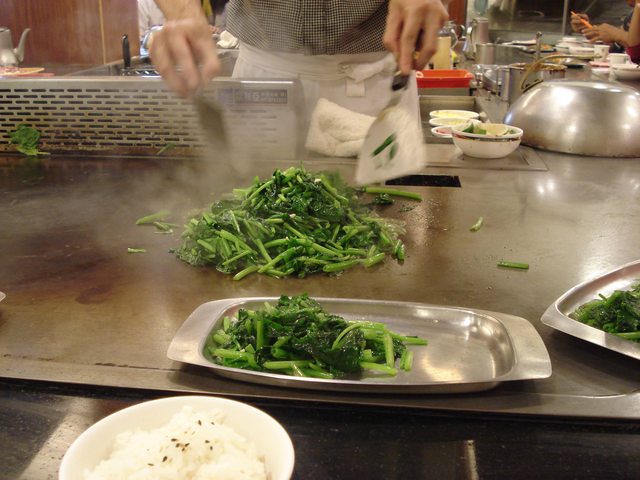 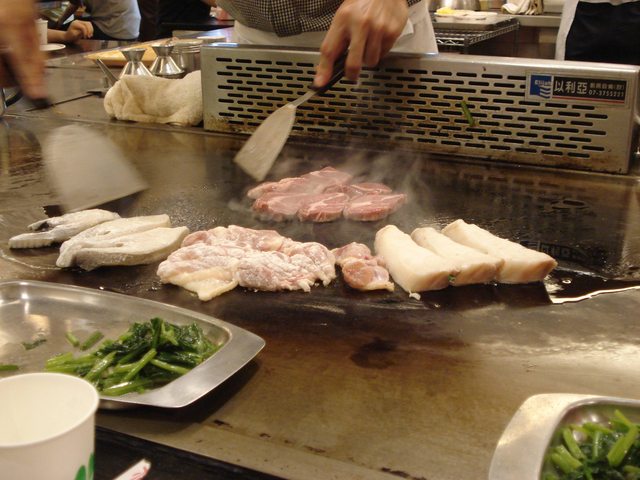 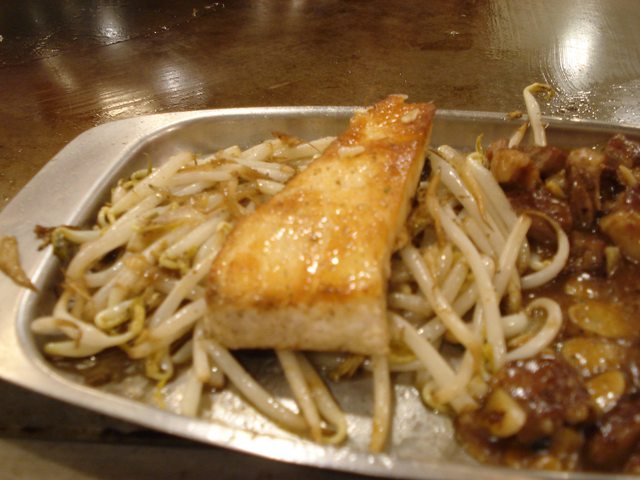