‘Tis the season to be jolly!  Because… Steaks!  You might’ve figured this one out already.  I love me some steaks.  One reason why I could never be a vegetarian, and probably why I love the Paleo diet.   So let’s talk about steaks, the different cuts, and figure out which is going to be the yummiest cut for you: 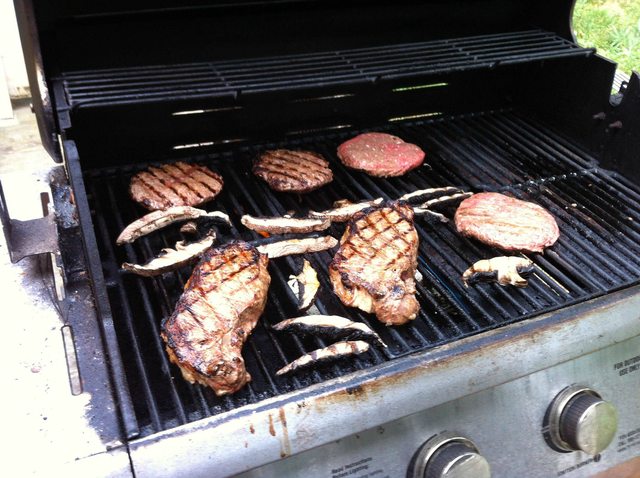 Grilling them steaks and Portobello Mushrooms 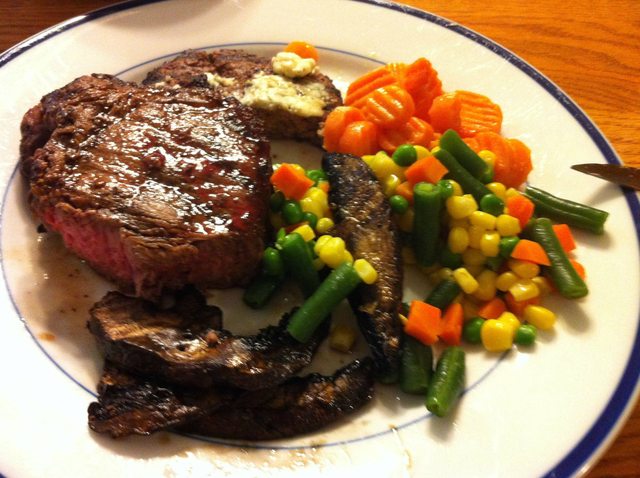 What about sides?  Well, it’s summer, and it’s the perfect season to grill ALL the things.  So what we did was grill up some sweet potatoes (cut them up in slices, and omg so delish! Not pictured.) and portobello mushrooms!   Along with that we added some mixed veggies to the mix.
Did I get you in the mood for steaks?  If so, check out this yummy Strip Steak with Red Wine Mushroom Sauce and Mustard Roasted Asparagus: 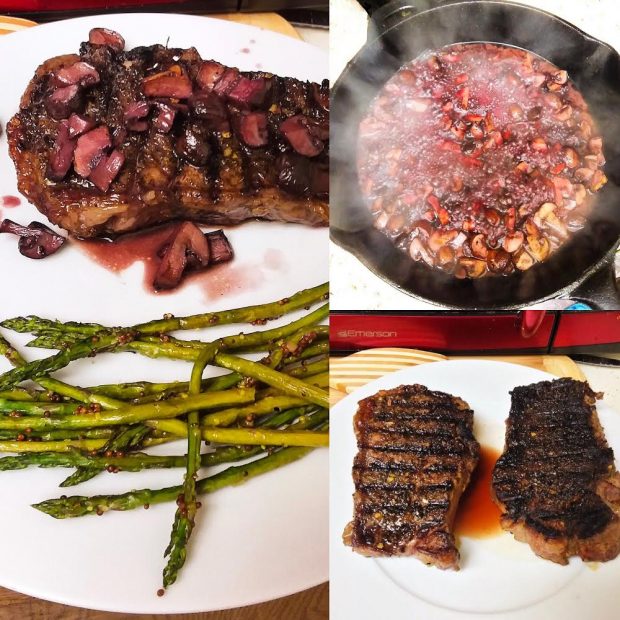 […] Different Steak Cuts: Find the Yummiest Cut for You! (ohsnapletseat.com) […]

Looks fantastic! And hey, thanks for stopping by my blog, I look forward to catching up on yours.

This looks so good!

Thanks! It really was good! I can't wait till our next steak day!