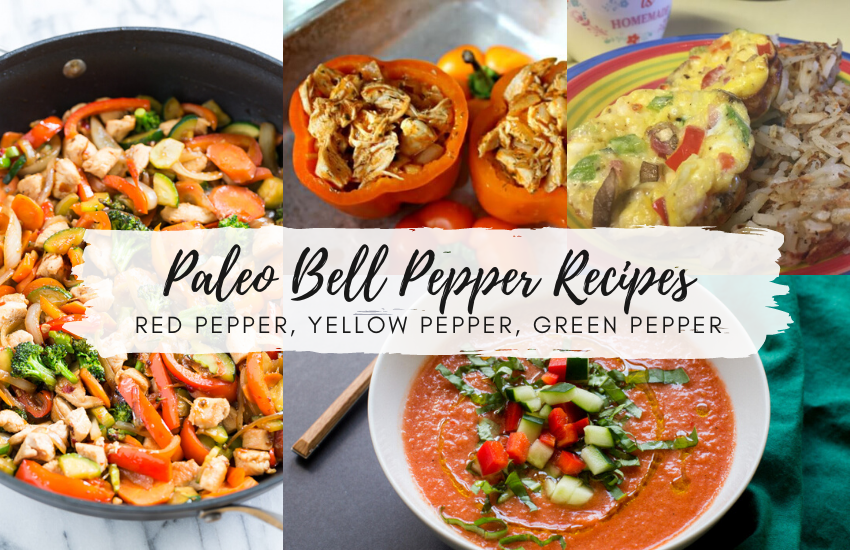 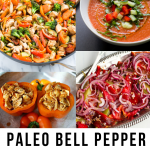 Did you know that Bell Peppers are in season?  Well, it is!  Green bell peppers are available year round but peak season is actually from July to September.  You know what’s great about bell peppers?  They’re super healthy!  They are packed with vitamins (Vitamin C, E, B6)  and other health benefits.  I think this is enough reason to start eating them right about now, so I gathered these delicious Paleo Bell Pepper Recipes for you to check out!