Pork is a very popular meat in Chinese cuisine. In fact, it’s actually the most popular meat consumed! That’s probably why there are so many delicious Chinese Pork recipes. Here are 10+ tasty ones to try.

Pork, the other white meat

Have you ever heard of this phrase? Fun fact – pork, though it’s color is more white, it’s actually technically / scientifically considered to be white meat! It’s actually a red meat.

We cook with pork a lot, as we enjoy switching it up when we cook, so we will cook with beef, chicken, pork, and lamb as our main meat dish quite often.

Usually we will also have a seafood dish and a veggie dish and eat everything family style. This dish already has the meat and veggies so it’s pretty great for a one dish entrée also.

I know you probably won’t end up making all of them at once – so why not pin for later! 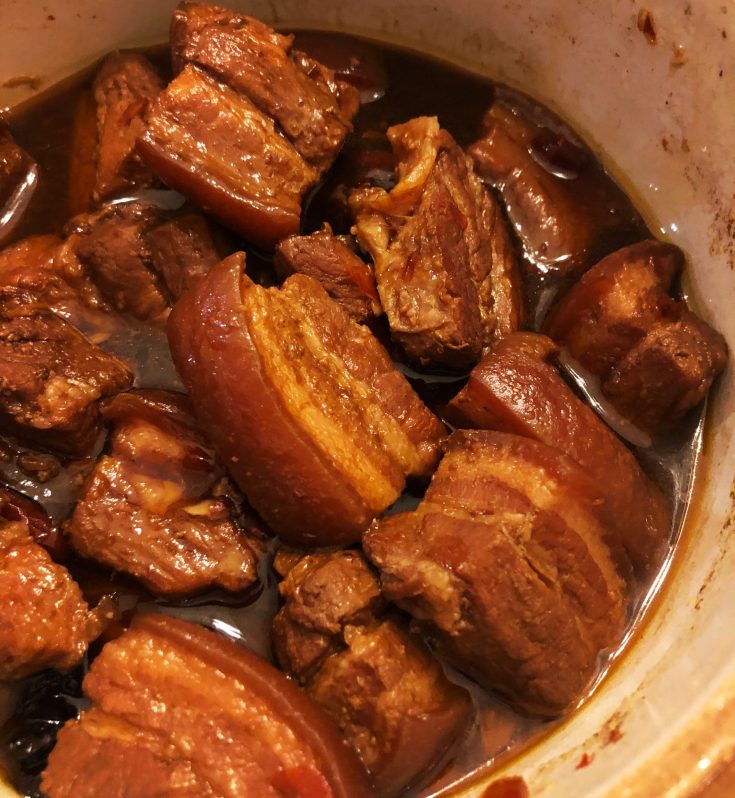 Red Braised Pork Belly or hong shao rou 紅燒肉 was one of my favorite dishes growing up. Back when I was basically known as a carnivore in my family. I think I find this understandable. I loved ALL the meats. Red braised pork belly is so tasty and goes so well with any veggie and rice! 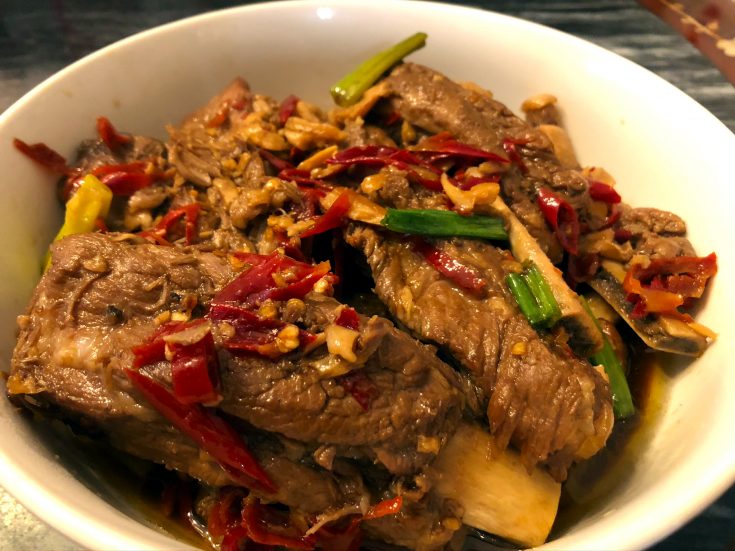 This is the way my mom makes Chinese Sweet and Sour Spare Ribs (aka “Tang Cu Pai Gu” 糖醋排骨) ! It’s a very tasty dish that goes very well with white rice. If you’re looking for the American sweet and sour pork version, this is not yet, but this is just as tasty, if not more! 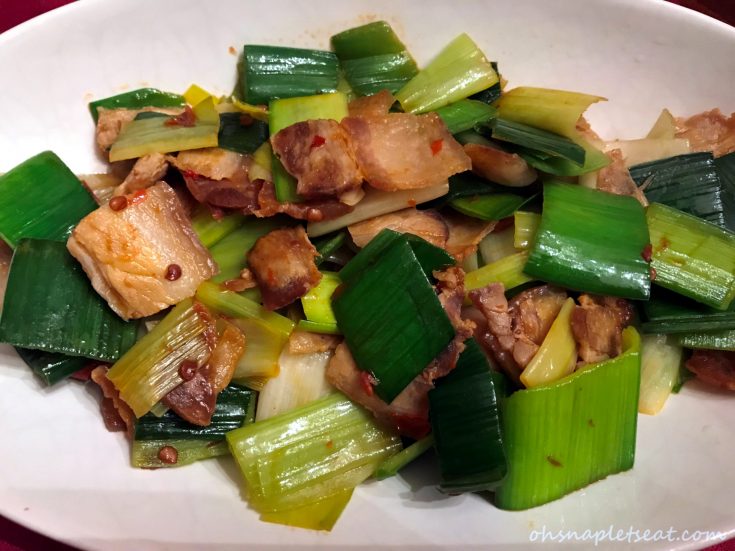 Here’s another dish I can almost never order out because I enjoy eating it home made so much more!  Or at least when my mom makes it… Twice Cook Pork!  It’s interesting that this recipe passed down to me is so good because… it’s also SO simple!  so… why is it called Twice Cook Pork?  Because it literally is what it is.  You cook it once… then you cook it again! 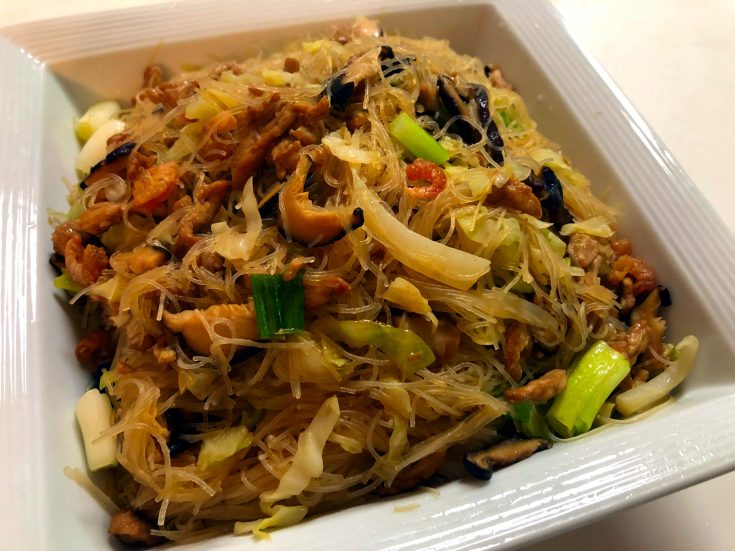 Pretty much everyone knows what Fried Rice is and probably have had it before, but have you ever had Taiwan Fried Rice Noodles? These Taiwanese Fried Rice Noodles (台灣炒米粉) is a super common in Taiwan, and while there are many variations, this is one variation that we make at my house. 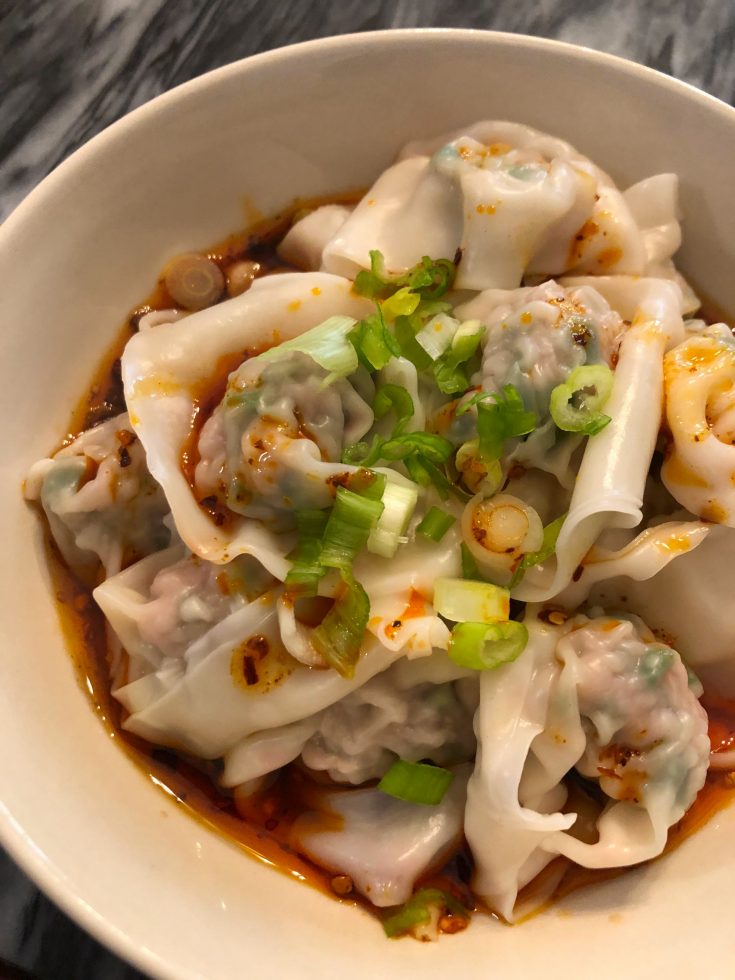 Here’s my family’s Chinese Wontons Recipe! For all of you that want to learn how to make wontons! Made with pork , napa cabbage, scallions and more! I include two recipes - wonton soup and wontons in chili oil. 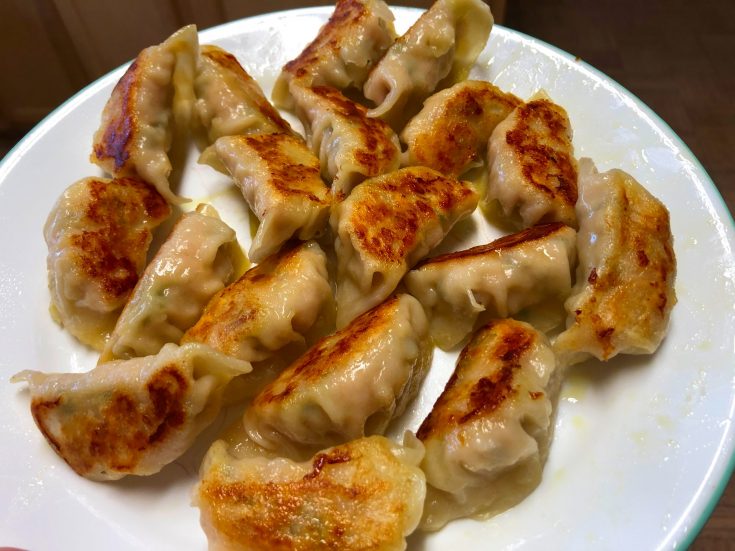 Do you like wontons? You might also love Dumplings too if so! They're both meat and veggies wrapped up - here's our pork dumplings, and you can cook it several ways! Boil them, Pan Fry them in to Potstickers, for example! 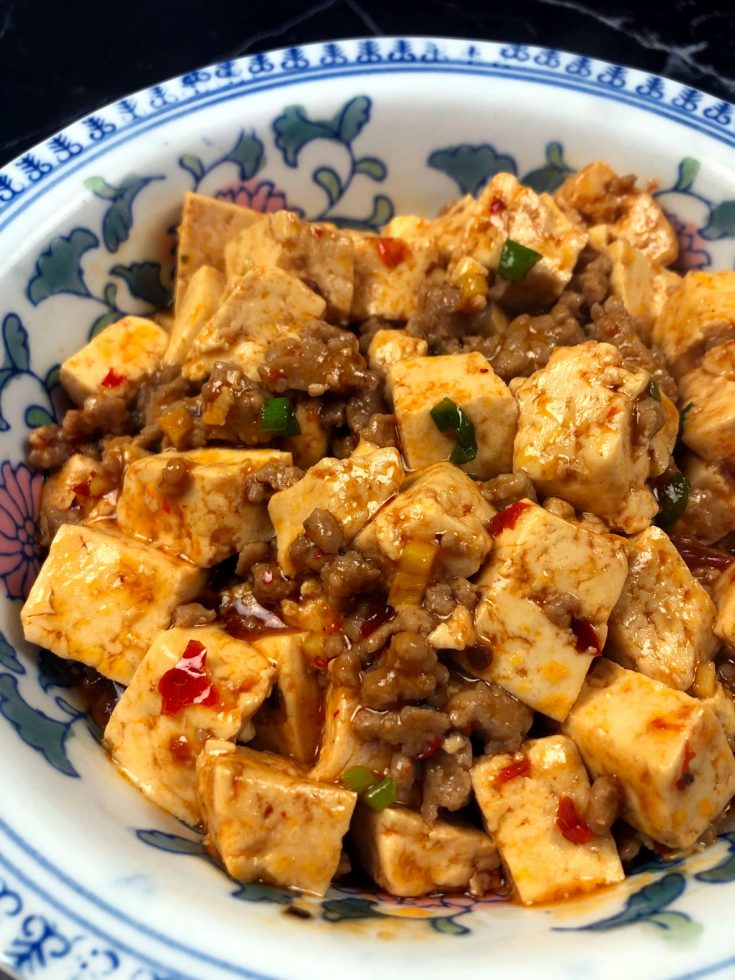 I'm not a big fan of tofu - but this is my FAVORITE tofu dish! Cubed soft tofu, cooked with spicy pork meat sauce? It goes so well with white rice!! 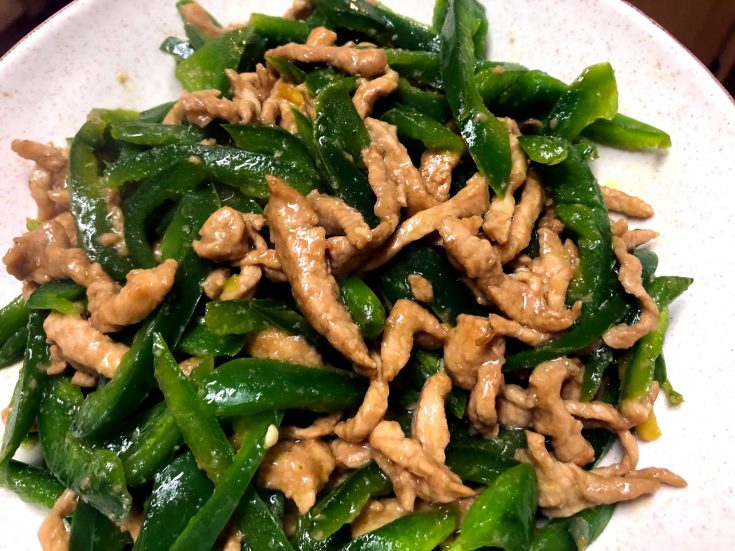 Classic style of cutting the meat is this 'shreds' method. We 'shred' the pork, marinade it, and then stir fry with spicy peppers! 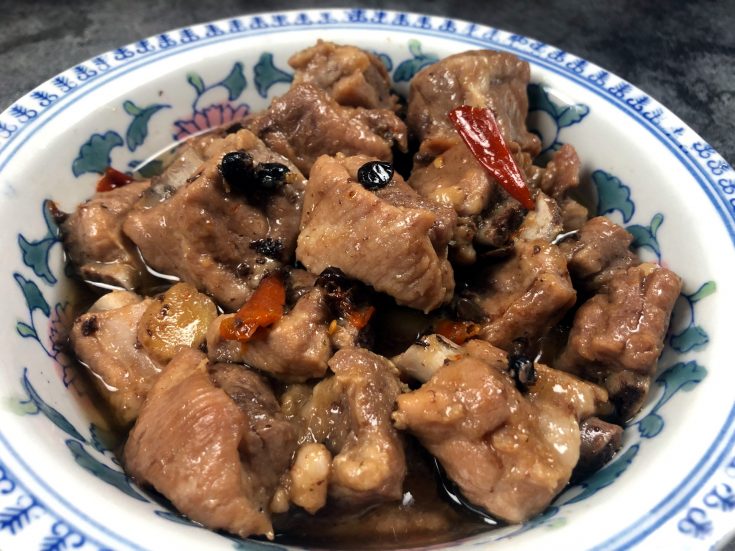 Often times this dish is served in Cantonese cuisine - first browned pork ribs, and then steamed with fermented black beans, ginger, and more! 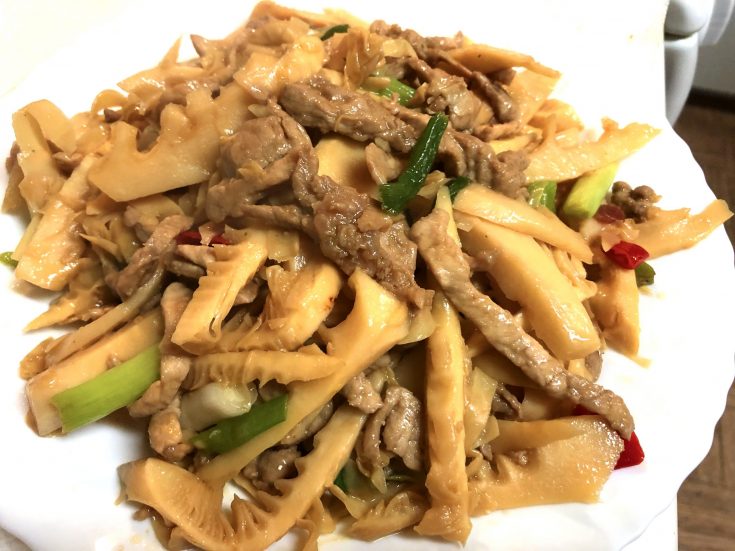 Bamboo Pork Stir Fry ( Sǔn jiān ròu sī 筍尖肉絲 ) is a yummy dish I love ordering at Chinese restaurants! As it turns out, it’s also not difficult to make at home either – Here’s how to make it step by step! 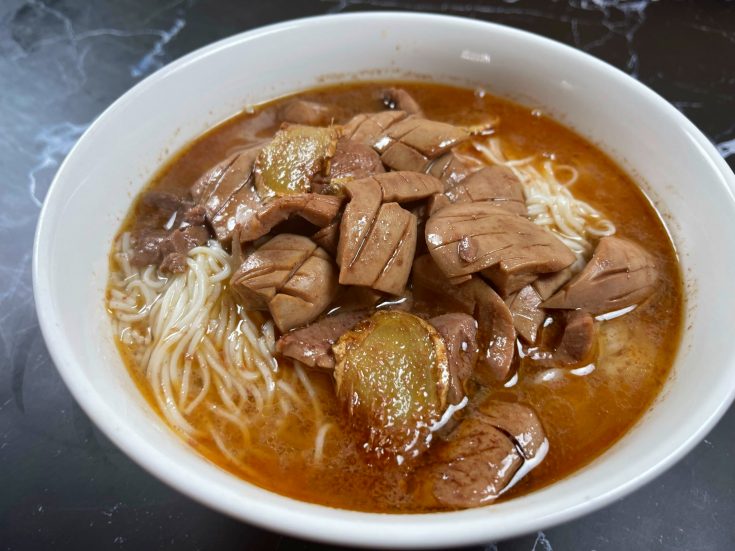 Sesame Oil Kidney Noodle Soup is a traditional dish in Taiwan, especially for people trying to ‘heal’ and be healthier. Sesame Oil Pork Kidney Noodle Soup (or 麻油腰子麵線) is made with pork kidneys stir fried with ginger in sesame oil, and then cooked flour vermicelli noodles are added along to make a noodle soup. 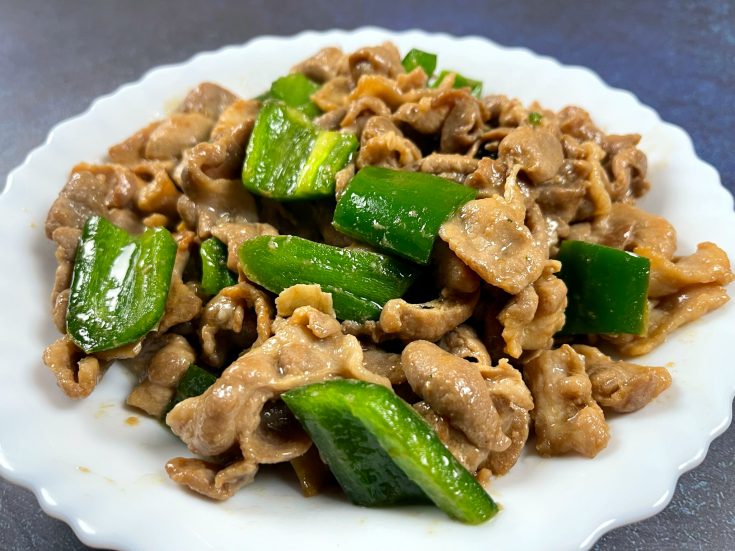 This Pepper Pork Stir Fry is made by marinating the pork and then stir frying it with pepper on high heat - tender and tasty pork slices with crunchy pepper - it's the perfect entree or dish to serve family style! 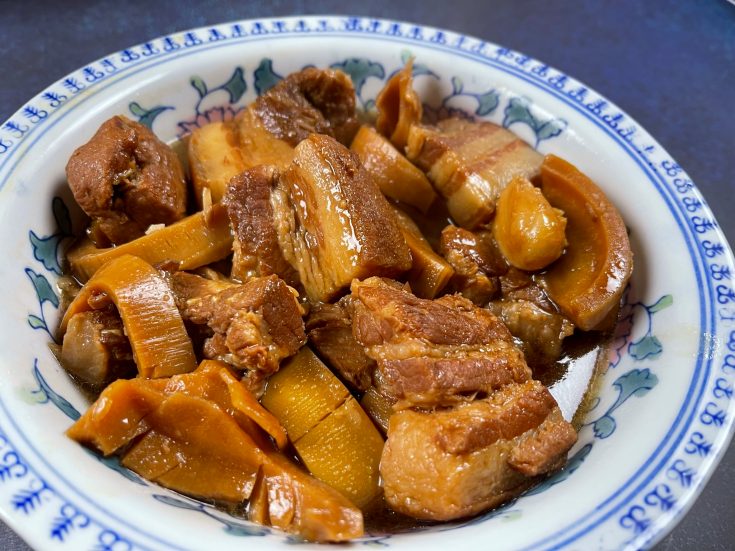 If you’re looking for even more pork recipes – be sure to check out all of them here!